Following quickly on from the latest blog, we arrived at a station just outside Varanasi at around 10am.

My first experience of a sleeper train wasn’t bad! We were in a carriage which had air conditioning and a 3-tier bunk bed, so it wasn’t exactly spacious but I didn’t feel like I had strangers breathing into my neck as I slept. That would be grim. We also slept surprisingly well, but I think this was down to just being knackered!

Coming out of the station, we were accosted by a mob of tuk-tuk drivers attempting to win us over and sell us a tour around the city before taking us to our hostel ‘because Varanasi is a maze’. We managed to decline the offers and haggle down to a reasonable price, but they weren’t wrong about the streets and alleyways of the city being a labyrinth, which we then had to navigate on foot.

We stayed in Suraj Guest house, which was pretty basic to be honest with very hard beds but did boast incredible rooftop views of the river Ganges where we were later able to enjoy watching hundreds of paper kites flying as the sun went down.

Varanasi is one of the oldest living cities in the world and one of the holiest in India. Whilst we knew that Hindu rituals happened here and along the Ganges, this was probably the extent to which either of us knew about the city in depth. So, when one of the family members who ran the hostel offered to give us a walking tour of the old part of the town, ghats, temples etc. we quickly agreed!

Gaurav first led us down to the Manikarnika Ghat (also known as the burning ghat) and explained exactly what happens when a family member has a funeral here, from the cleansing of the body, to the burning.  We watched while at least 6 fires cremated bodies at one time, all lit from a fire that has been burning for 3,000 years. It was fascinating to see and learn about the Hindu beliefs and why these rituals were so sacred as well as the processes surrounding them, but it is certainly not for the faint hearted.

Moving on from this, we criss crossed along tiny alleyways in the oldest part of the city, frequently having to avoid being mowed down by a motorbike or squashed by a cow. As Gaurav grew up in these parts, having him with us allowed us access to temples and sights that would not be available to tourists alone.

{WILL ADD MORE PICTURES WHEN I HAVE BETTER WIFI!} 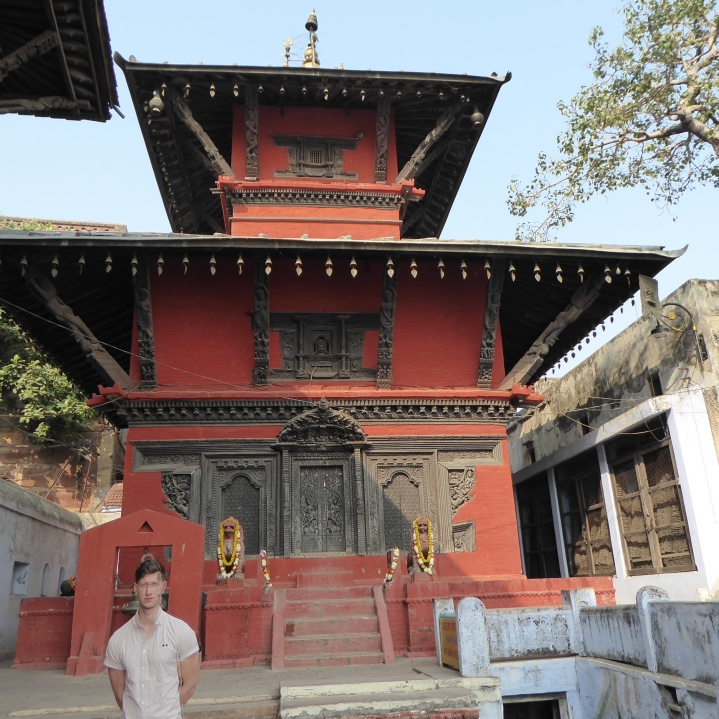 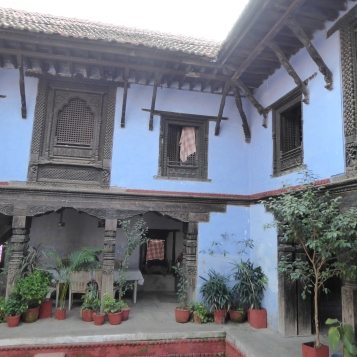 For example he showed us a hospice where people come to die (bit morbid, sorry), as it is believed that dying in Varanasi by the Ganges will release good Karma and receive instance relief when passing. We were also allowed into the courtyard of a house, where the priests who carry out the ceremonies lived.

Having Gaurav with us also meant that we weren’t hassled nearly as much as others who has chosen to explore alone, and he even introduced us to his Father’s sari shop where I had my measurements taken for a sari to be made overnight!

Gaurav’s presence also did us a favour in the evening when we headed back down to the Ganges to witness the spiritual ceremony of Ghanga Aarti which happens every night. It involves 7 Brahmin disciples carrying out a ritual with fire, incense, dancing and chanting in order to bless the Gods and river Ganges and bring peace to all those on it.

Hundreds of people pay to watch the ceremony on boats, but Gaurav knew some of the best places to watch on the shore and was able to shoo away the touts. Although, when he was on the phone, I turned around and a priest took the opportunity to aggressively bless/paint our foreheads before demanding 100 Ruppees from us…

Thankfully Gaurav noticed and we got away with only making a small donation.

After a long day of walking, we had dinner at another family run restaurant with live music where the food was catered to us i.e. spice level and preference of vegetables. Very tasty!

But I spoke too soon on the toilet front. When we arrived back at the hostel, a severe case of Delhi Belly set in which cancelled our plans to get up early and see people bathing and washing their clothes in the Ganges. Actually, we gave it a go in the morning, but didn’t get too far before I had to walk/run back.

Couple’a rehydration sachets down and a bit more sleep, we have today ventured out to a place called ‘Blue Lassi Shop’, which unsurprisingly serves many different flavours of lassi, which is a yoghurt based drink and supposedly good for the gut!

Now we’re sat waiting for another long train journey to Agra, which is on average 3 hours late according to Google. You’ll be pleased to hear that a diet of plain toast and imodium has sorted me out…for now.

After 3 years in London, I'm taking a break from adulting to go on an adventure around the world with my love, continuing to find ideas for the best date ideas as I go. You'll currently find me in Sydney! 🌍